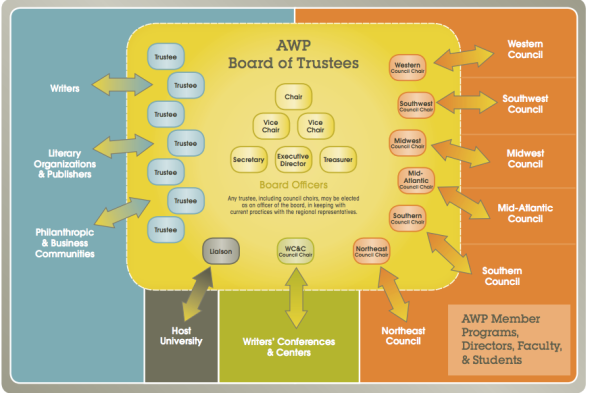 AWP is huge. 60% of this enormous community needs to vote. Let’s do it.

Cathy Day here. If you teach creative writing at an AWP-member school, pay attention. I know you’re busy, but take a minute and vote in the AWP election. President Steve Heller spells it out here:

“We must muster a quorum to address our association’s regular lack of a quorum. Perhaps this is the inevitable quandary of having an association of independent thinkers, a corporation of writers and teachers.”

Translation: because AWP has gotten so big, its governance system needs updated. But to make a change, 60% of members have to vote.

Got that? If you don’t vote, lawyers will get AWP’s money instead of writers. That’s the best reason yet, people!

So: let’s use social media to do some good and start bugging people!

To check your membership status, visit My AWP Account.

Another good reason to vote (other than this One-Time Quorum-Because-Getting-a-Quorum-Regularly-is-Impossible thing) I know two people who are running as representatives, my BSU colleague Jill Christman (read her kick-butt statement here, even if you don’t live in the Midwest) and my pedagogy buddy Anna Leahy who teaches at Chapman (read her awesome statement here).

Thanks, and may the force be with you.